Earlier this year, I had my first Ifá yearly reading from a well-respected and kind (the soothing kind, the appeasing kind, the warm kind) Babalawo (who also happens to be one of my closest sister friend’s cousin… the world is but a small place). For those who may not be familiar with Ifá, Wikipedia lays it out pretty well by writing the following: “Ifá is a religion and system of divination and refers to the verses of the literary corpus known as the Odu Ifá. Ifá is practiced throughout the Americas, West Africa, and the Canary Islands, in the form of a complex religious system, and plays a critical role in the traditions of Santería, Candomblé, Palo, Umbanda, Vodou, and other Afro-American faiths, as well as in some traditional African religions.” As an anthropologist, I had a theoretical knowledge and understanding of Ifá yet despite my wanting to learn from the teachings of the many cultural practices that our continent has always abounded with irrespective of wildly thrusted boundaries, I felt that I needed to stick with what I was told and that is to reach for spiritual guidance only within the realm of my own cultural heritage. But as I began realising how limiting this attitude could prove to be, I began opening up to the possibility of being guided by a wider array of spirits and the feeling of cultural empowerment that ensued was the detonator to my jumping my spiritual broom and making the personal commitment to welcome and receive what Our (extremely vast) Universe had laid out for me. As a child of the diaspora, I often felt that I needed to prove my belonging to a set cultural system and scheme, to a known and accepted community either West/Central African or Caribbean and that coherence was in unity not in diversity but the fact is that I am made up of many singular cultural cells and that my coherence resides in the plurality of selves, the plurality of stories that inhabit this body, my body. I have inherited a constellation so why would I choose a single star? This internal process is long though. It is tedious, it is messy and I am not sure whether coherence truly needs to be sought but I accept that the contradictory nature of the process is part of the journey.

The yearly reading revealed many fundamentals for this year and most probably beyond. Much of the information was… is clear. Amongst many things, Ifá spoke of betrayal. The term was used loosely but it was used nonetheless. There was nothing cryptic and there isn’t anything that I was absolutely unaware of although denial, remorse or plain blindsided-ness can always be operating or just lurking in the dark recesses of self. And I say this to say that some of what had been quietly upsetting me over the past few years and perhaps even before was brutally revealed this year. As was pronounced by the babalawo and although it was to hit me powerfully hard, it was nothing that I hadn’t been preparing myself for. So the surprise resided more in my dealing with the feelings of incomprehension and hurt more so than the actual deeds.

Identity, race, gender politics are constant, recurring and important conversational themes in our household. Anyone who knows our family knows this. Our respective positions have evolved and shifted over the years but the bulk of what I felt is the positioning of our family as a unit has been clearly established. It cannot be summarised nor should it be in a few words. And it cannot be only perceived as a well-oiled intellectual posture from conscious, well-traveled and university-educated Afro-Caribbean liberals who pose as both old-school and new age cultural and feminist activists. That. Would. Be. Easy. and to some extent, partial. But of course, there is truth in what I just stated. My parents are well-traveled, progressive intellectuals who have done their share of resisting to the status quo first by simply being together at a time when self-made African creatives and university-educated Caribbean feminists did not date let alone get married and end up staying together for forty-five years excluding and excusing themselves from their families as a result of their choice. Whereas I can appreciate and commend my parents for instilling a level of conscience and a thirst for knowing, sharing and revelling in the many histories of Black peoples, as well as the ability to identify and strongly resent systemic oppression wherever it is and whomever it scathes, I have also been able to define my own positioning based on my lived experience and the people who have marked said experience outside of my family. But as I am getting older (truth… sad but…truth), I realise that my positioning remains very clearly akin to those who came before me and who incidentally created me. I say this without a sense of pride or shame. I say it because it just is.

My sibling however has wholeheartedly embraced a different path. He has created a positioning strictly made for him: the sense of which has vastly escaped me and is now at odds with what I believe our children deserve. This positioning, until recently, seemed genuinely consistent with who he is as an individual: transcendent. My brother considers race and gender as mere concepts that can easily be rewritten and therefore transcended. Concepts that only belong to overzealous brains. His stance is that we can decide as individuals how we want to see the world and live in it. For him, an oppressive system is but a stack of cards or a game of chess (something with clear rules but whose rules are as they are and not as rigged as we know them to be) and we can only feel responsible for perpetuating our reeled feelings of victims towards our all mighty oppressors because in actual facts, these realities are illusory. And most importantly, these realities prevent us from doing the work of building intelligible societies where creativity can rule irreverent of gender and race; where identity is but solely based on an individual’s ability and desire to have his/her voice heard, his/her work seen, read, touched, even remembered. The individual is sole decision-maker in the shaping of his destiny (I may have overstepped in using that word as he does not believe in destiny… it could therefore be replaced by « life »). Such views can and should be heard and I have no challenge in hearing them but the fallacy of the foundation on which they stand has always irked me.

And it irks me because systemic oppression is not illusory. It is not something that people create to keep themselves busy or to feel whole. It affects social beings in incomparable ways and more often than not, in utterly violent and unjust ways. Race is so real that people very realistically die because or for it every single day. The mere ability to see the world past what it is and to imagine what it could be is only afforded to the few and the few do not really look like him or me. His not questioning the injustice of his exploited, bullied, undermined, or erased heritage as a result of said oppression is proof that in his mind, the oppressor has thus far outlived the oppressed. His not being engaged in the research and transmission of his many selves to his children but rather to perpetuate what the West has shaped of the world consistently exempting our presence as if we’ve only existed to serve is proof that in his mind, the oppressor bears more cultural weight than the oppressed. His being with a partner who has de facto entered our family and who has had more than a glimpse of our politics yet has no idea of what our collective and individual experiences are and have been and has never questioned her privilege in any way, shape or form but claims at every opportunity that presents itself to be a feminist is proof that in her mind, her children’s legacy will be shaped by a whitened view of the world despite the fact that they will never be considered White.

Betrayal has many different forms. This is one of them. I feel betrayed because there isn’t a person of « my » generation I love more than this one. My brother is a gifted, soothing, brilliant soul whose shoulders I have rested on to become the woman I now am. I used to think that his views were out of this earth… that we, as mere mortals, were not ready for his way-above-average intelligence and for the heights that he would force us to strive to… I now realise that I was delusional. His intelligence is above average but his understanding of our contemporary world is primary, simplistic at best and this is certainly because he has not fully experienced the wrath of systemic, institutional and structural (yes all of the above) racism and discrimination… But whether he has or will really matters for a second. What matters is that now we are parents. Just like the ones who preceded us, we are grooming our name holders for a world that we absolutely need to understand and that we absolutely need to reform. And that means that the hard conversations must turn into actions. It means that our awakening must be in full mode… there is no time, no place, no acceptance for white privilege as the norm. Alliances must be made solely with people who seek true, tangible, intersectional and sustainable equality from beginning to end and who are committed to acknowledging and remedying the privilege that fuels the system.

As we gaze tenderly and lovingly at our children whose heritage is replete of triumphs and wrecks, we ought to pass on what has made us capable of navigating and facing the abominable realities of our world. They ought to be prepared to respond to the seemingly flattering yet repeated attempts at wanting to know where they are from, what their names mean, how amazingly soft their hair feels, how astute their thinking is and how assured their voice sounds. They ought to know their classics: all of them and mostly the ones that will be hidden from them, the ones that will be belittled or marginalised, the ones that will reveal who they are perceived to be and ultimately who they are and can be. They will define normalcy. They will become the norm and they will laugh at anyone who will contemptuously refute their claim. And we, all the while, must keep our eyes wide open and orchestrate the progressive chipping away at the system until it ceases to exist, until it simply and radically disintegrates. 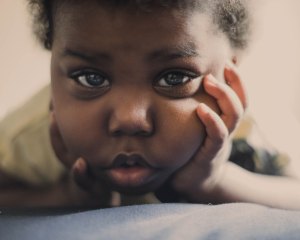 “I think that we placate ourselves with the fallacy of meritocracy by insisting that we just don’t see race. This makes us feel progressive. But the claim to not see race is tantamount to compulsory assimilation. My blackness has been politicised against my will, but I don’t want it wilfully ignored in an effort to instil some sort of precarious, false harmony. And, though many placate themselves with the colour-blindness lie, the aforementioned drastic differences in life chances along race lines show that while it might be being preached by our institutions, it’s not being practised.”

Renni Eddo-Lodge. Why I no longer talk to White People about Race